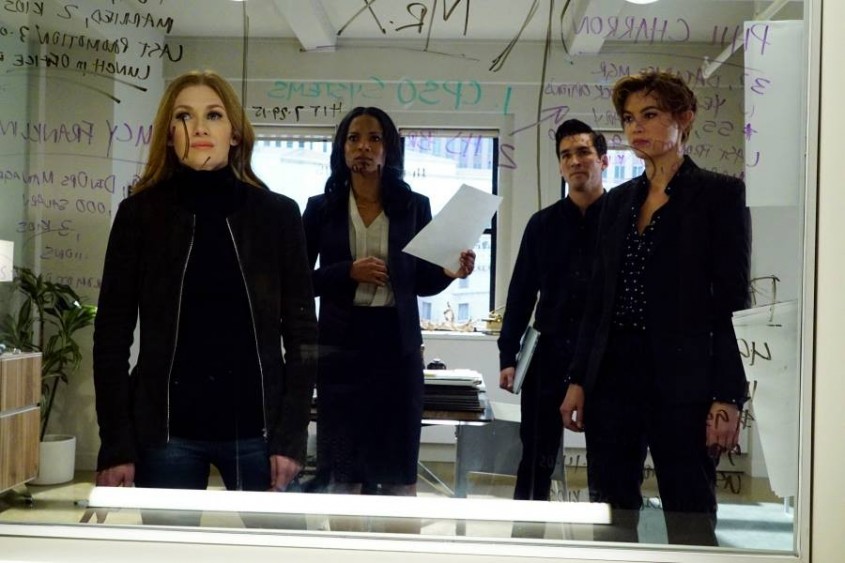 The Name of the Game. It Takes a Thief. Mission: Impossible. In the late 60s/early 70s, those shows were the gold standard of a genre I’d coin as adventure capers. Its ingredients are irresistible: charming do-gooders and con men (or women) with fabulous wardrobes and looks to match. Always in play was a large sum of riches (cash, jewels, or precious documents) and a plan to separate said goods from the bad guys or others who possessed equal amounts of style, tied in a bow of sexy witticisms batted back and forth. How sweaty it must have been for the writers of these shows to come up with twisty plots that thrilled and surprised week after week. Most were good for a season or two (Mission: Impossible did better than that)—how lucky I was to be a kid with an excess amount of time to devour them.

Which brings me to ABC’s The Catch, the newest entry in the cat-and-mouse sweepstakes that this month returns for its 2nd season. It bears more than a passing resemblance to The Thomas Crown Affair; both share a jet-setting con man (who in this case, works for a British crime-syndicate family) and his pursuer, a beautiful private eye named Alice Vaughn, whose cheekbones and massive hair mimic the original’s female lead, played by Faye Dunaway.

Unlike the old shows, The Catch doesn’t traffic in the once-a-week heist. In current television there are too many characters to flesh out, too many guest spots that reoccur. Rather than a beginning-middle-end structure per episode, The Catch plays a long game, especially in its depiction of the leads’ inevitable love affair, one that suffers its fair share of interference from scorned exes and well-meaning co-workers as well as its ups and downs (one moment the lovers trust each other, the next, trust gets betrayed). This attention to character development (on a show where such signifiers as hair, designer clothes and car model should suffice re: all you need to know about anyone in a given scene) often obscures the plot. Still, there’s enough double-crossing, wiretapping, and money-goes-missing machinations to keep a viewer guessing. Its multiple screen cuts, and slick window dressing (its Los Angeles is a wet dream of glass, chrome and fountains) more than adequately frames the show’s leads, especially Mireille Enos, who as the Faye Dunaway doppelgänger, ramps up the show’s heat whenever she’s onscreen with her hip-swinging fast walk and no-nonsense side-smile. It’s a sensational return to series TV for Enos, who made quiet disaffection the hallmark of her performance of AMC’s The Killing. Her vitality (as well as that of the indispensable Sonya Walger who plays her nemesis with a British accent and an eye roll that takes the cake) tends to dwarf her co-star Peter Krause (Six Feet Under, Parenthood). Still, Krause plays con man Benjamin Jones with a nod to those shows of yore (and Cary Grant in Hitchcock’s It Takes a Thief). Amidst the irony and faux sturm-und-drang that mark a lot of new shows, The Catch is a worthy ancestor, and in these trying times, a welcome diversion. And did I mention it’s all courtesy of Shonda Rimes?