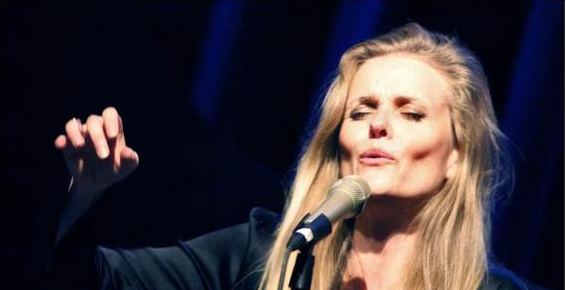 That time of year thou mayst in me behold

When yellow leaves, or none, or few, do hang

Upon those boughs which shake against the cold,

Don’t’ be fooled by those guys still wearing flip-flops, or the young (and not so) women who continue to stroll our avenues in their Daisy Dukes.  Despite the confusions of the weather, we’re deep in a spell of fall.  As always I take my lead from the calendar of events in the arts.  The sudden deluge of films, new theater productions, art shows and music remind me that explosions of comet-like creativity are what I enjoy most about autumn. No matter the medium, folks are serving up new ways to dream—or simply cool stuff to look forward to:

Music: Tierney Sutton, After Blue (Varése Sarabande).  Finally there’s a worthy Joni Mitchell tribute: Sutton melds with the high priestess of folk (don’t let that Time Magazine anointment fool you, Joni was always a jazz baby) by emphasizing all that’s intelligent and thoughtful without stinting on playfulness in songs like “Big Yellow Taxi” and “Be Cool.”  I never thought anyone would top the incantatory spell of the original“Woodstock” but Sutton goes it one better by trading mysticism for a rueful modernity. A few guests pop up (Al Jarreau, the flutist Hubert Laws), but Blue is all about the singer; Sutton’s voice is stardust, golden, and so much more, that on the basis of it alone, you’ll be moved to run out and buy her entire catalog.  So far, it’s the year’s nicest surprise.

Check out: Bill Callahan’s Dream River (or Apocalypse, both are excellent) on the Drag City record label; Lorde’s Pure Heroine (Universal Music); Basia Bulat’s eccentrically beautiful Heart of My Own (Secret City Records); Vampire Weekend’s Modern Vampires in the City (XL Records); Gregory Porter’s Be Good, which is not exactly new but my radio station’s giving it a lot of deserved airplay (Blue Note); Sting’s The Last Ship (Cherrytree Records) and Elton John’s back-to-basics The Diving Board (Capitol, Mercury). 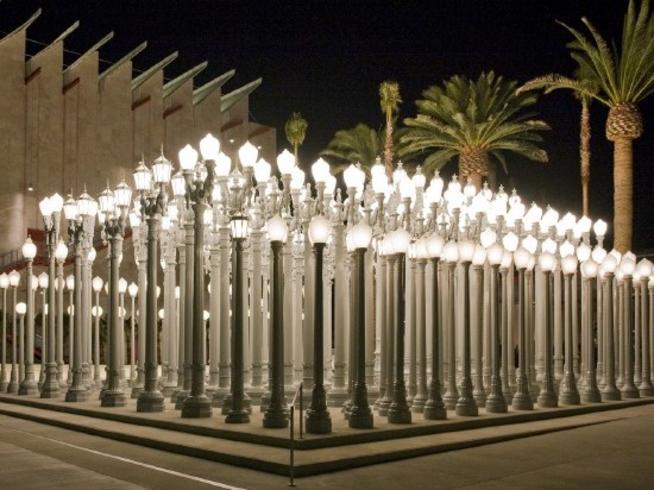 Art: Chris Burden: Extreme Measures.  One of the highlights of my L.A. writing residency was a visit to the Los Angeles Country Museum of Art; there, Chris Burden’s monumental forests of giant lampposts greeted me and I fell instantly in love.  This enduring California artist has brought his remarkable vision to the New Museum, and if you let it pass you’ll miss keeping company with one of the 20th Century’s craftiest artistic minds.  The breadth of it (all 4 floors) astounds, as does of the craftsmanship evident in works that span from film and sculpture to performance.  All speak to Burden’s preoccupations with war, engineering and the landscape of the body.  His work is a gift; see for yourself. 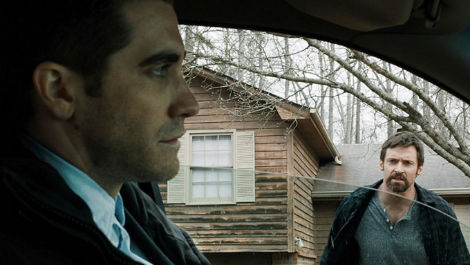 Film: Prisoners and Rush.  Variety recently reported that we’re in for a tsunami of top-grade male performances at the movies this fall.  And some of the stories that frame them aren’t half bad, either.  In Prisoners Hugh Jackman (with assists from the overqualified Viola Davis, Terrence Howard and Maria Bello) is maniacally hell-bent on revenge when his young daughter gets kidnapped on a gray Thanksgiving Day.  Directed by Denis Villeneuve (Incendies), the film is a tense, (and spoiler alert) literal riff on the adage “when seeking revenge, dig two graves”; Jackman’s rage dovetails nicely with Jake Gyllenhaal’s police detective whose play-by-the rules methodology masks a repression that plays like borderline insanity.  The formulaic gets a fresh face, and you won’t see that ending coming—unless you stop to ask yourself “why is so-and-so playing that stock role?  Speaking of car racing, it’s been ages since I’ve viewed Le Mans, Grand Prix, Winning or Bobby Deerfield.  But those were all ficticious—Rush is the real-life story of Formula One rivals James Hunt and Niki Lauda, and the film proves once again that Ron Howard is a film director for the ages.  Critics carp that he has no definitive style but his is a brave tact that pays off once again: he lets the material dictate the storytelling.  Howard hallmarks abound: audiences will feel the speed with cars make hairpin turns on unforgiving courses.  They’ll get a heavy dose of the 70s filtered through Anthony Dod Mantle’s cinematography, Mark Digby’s production design and Julian Day’s shaggy elegant costumes.  And best of all, they’ll sense the passion that drove Hunt and Lauda through beautiful performances by Liam Hemsworth (typecast again as the blonde Valkyrie, but if you’ve got it, well…nice of him to share) and the remarkable Daniel Brühl as Lauda, a man who risked and paid a heavy price, but also learned when to walk away.  Sexy, bloody, horrific, deifying: not only does Howard not miss a beat; he makes you care. 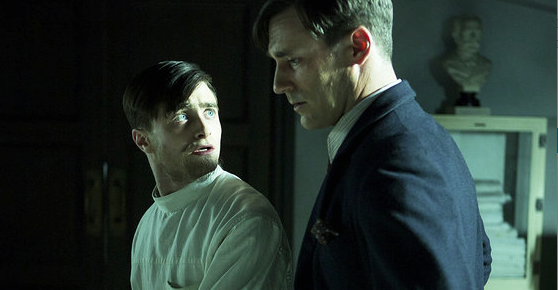 Television: A Young Doctor’s Notebook.  In another time Jon Hamm would’ve burned a hole in the big scene.  Imagine what Hitchcock or John Ford might’ve made of those shocking eyes, that big slab of a face and a voice that simultaneously sighs, sneers and purrs.  A guy’s got to work with what he’s given, though: in Mad Men and this series, set in a Russian backwater before the Revolution, Hamm is perfectly cast as a ghostly older doppelgänger of a young doctor floundering through the beginning of his career.  Adapted from the stories of Mikhail Bulgakov, the show juggles melancholy and slapstick but doesn’t try to woo the viewer in an obvious way.  It’s messy, and the pacing is peculiar—if Chekhov had written for television it play a bit like this.  With Daniel Radcliffe, no slouch himself in the peepers department, as the younger Hamm (Ovation Network).

Check out: Agents of S.H.I.E.L.D. (ABC); The Newsroom—Season 2, especially whenever Jane Fonda puts in an appearance as Leona Lansing(HBO);

Dance: Fall for Dance (10 Anniversary Season, City Center, closed).  I won’t soon forget an evening spent in the company of Dorrance Dance; Doug Elkins (his MO(OR)TOWN REDUX was an inspired take on Othello accompanied by a Motown mix that killed); The Royal Ballet (which served up a duet with yet another score by Arvo Pärt); and the Martha Graham Dance Company’s staggering Rite of Spring, a work of hieroglyphic delight that felt more contemporary (it’s from 1984) than the new works that preceded it that night.