Twilight world from a distance, and up close

Alvin Baltrop took the long view.  I relish his head-spinning panoramas of places that no longer exist; Baltrop’s camera captured the looming gilders inside abandoned hangars and the wide expanses of wooden piers along the Hudson in the West Village, ones that hadn’t seen a ship’s arrival in many a moon.

But look closely, and you’ll see humans dwarfed amidst the rubble.  They’re on a quest, one Baltrop chronicled throughout the late 60s and 70’s as he trained his lens on the sexual dalliances of men comprised of myriad ages, races and economic class.  They converged on the piers, a place where public sex and nudity was never so casual, or plentiful: in Baltrop’s landscape men stroll unimpeded by clothes or societal stigma, unafraid to claim pleasure even in the light of day.  All is balanced by tenderness: Baltrop’s true gift was his ability to locate the non-carnal ease among his subjects (hands caress heads, bodies bake under a Manhattan sun) and their Caravaggio-like beauty undimmed by either promiscuity or life.  For a glimpse into the rabbit hole that sprung from the sexual revolution, and all but disappeared with the demolition/gentrification of the piers, and the ascendance of AIDS, check out Third Streaming’s Alvin Baltrop: Photographs 1965-2003 on view now through May 28. 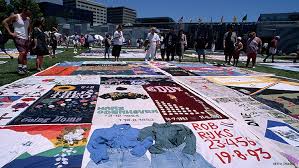